Did you know that coal-burning power stations in Australia are allowed to emit more air pollution than those in China, the United States or Europe? Unlike in Australia, countries in those regions require most coal-burning power stations to install basic pollution controls that cut toxic pollutants by more than 85 percent. While we think we’re the lucky country, when it comes to air pollution regulation, Australian communities are underserved.

This year the World Health Organization (WHO) released new clean air guidelines and it illustrated how woefully inadequate our air quality standards actually are [1]. Here’s a snapshot of some of the key standards for different pollutants: 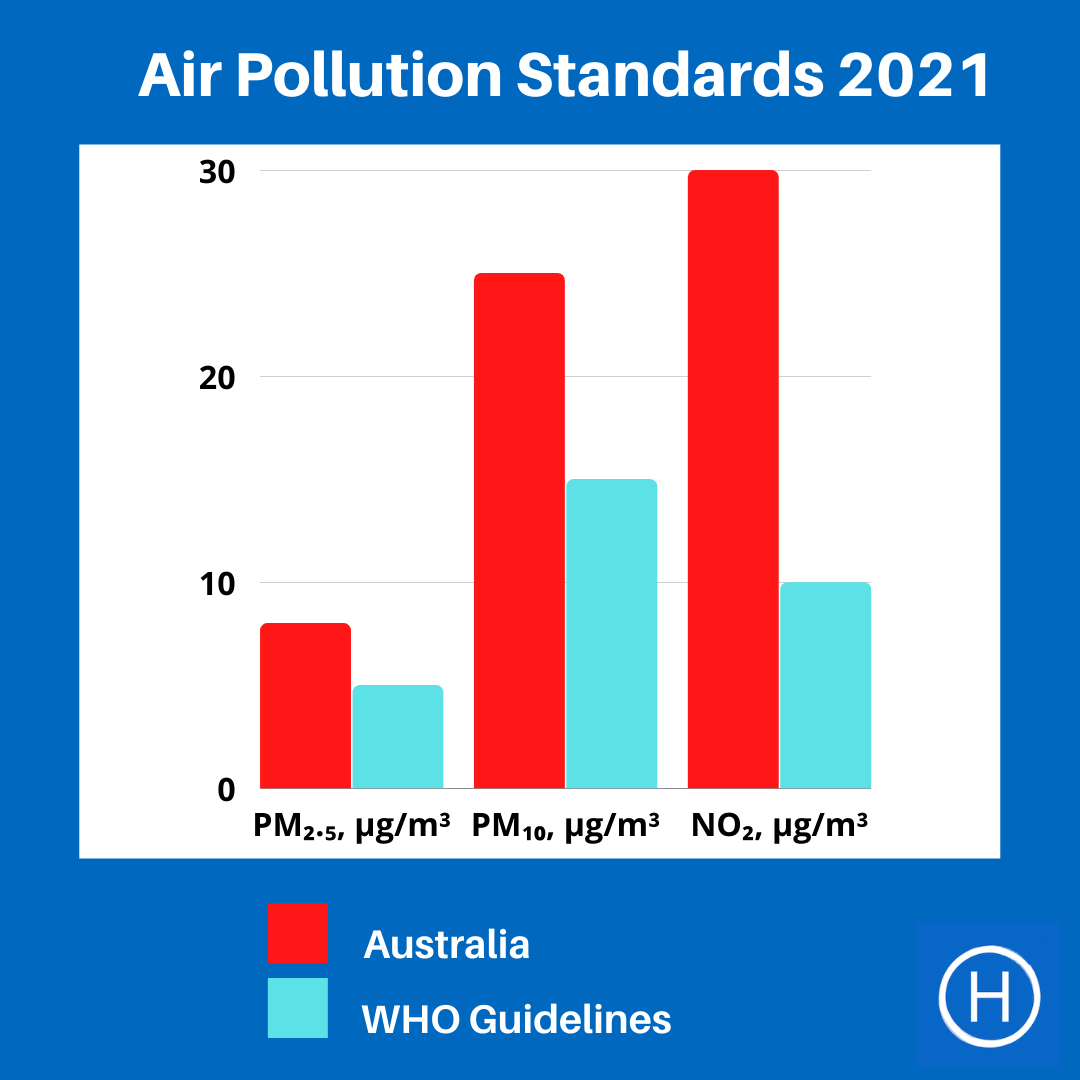 Across our country, air pollution is estimated to cause between 2,616 and 4,884 premature deaths annually [2]. Research published in the Australian and NZ Journal of Public Health showed that a 25% reduction in exposure to nitrogen dioxide, a gaseous irritant, from current values across NSW would lead to between 2,597 and 12,286 fewer children developing asthma in that state [3].

The overwhelming industrial source of air pollution in Australia is coal-burning power stations, which is why Healthy Futures is calling for them to be rapidly replaced with clean sources of energy.

Who is one of the key culprits? AGL Australia; a company that is responsible for 8% of Australia’s carbon emissions and with no plans to stop burning coal before 2048!

AGL operates the Bayswater and Liddell plants in the NSW Hunter Valley and the Loy Yang A plant in Victoria’s Latrobe Valley. Over the last couple of months, the energy giant has recently been found to be breaching its pollution licenses at both its NSW plants.

Last week the Environmental Protection Agency (EPA) in NSW confirmed it had fined AGL the largest fine possible over Liddell Power Station exceeding its permitted air emissions [4]. Solid particle pollutants were released when they should have been trapped by specialised equipment, prompting the EPA to intervene.

Prior to this, Bayswater Power Station reported 54 breaches throughout June and July of this year due to exceeding its nitrogen oxides (NOx) emission limits [5]. More than 50 breaches in just two months is an outrageous failure of AGL’s public duty.

We can’t let AGL get away with unfettered pollution. We owe it to the millions of Australians who live with asthma and other respiratory illnesses.

If you are a healthcare worker or health student please sign our open letter calling on AGL to switch from polluting coal power to renewable energy by 2030.

[1] https://www.caha.org.au/mr2309
Table of comparison of Australian standards and former and new WHO guidelines.