Today five leading medical colleges have released an open letter to federal, state and territory governments and all energy companies to replace coal with renewable energy by 2030. The letter follows a call from the World Health Organization for all OECD countries to phase out coal by 2030 in light of the harms posed by air pollution and actions needed globally to limit warming to 1.5 degrees.

This joint statement of leading medical colleges is exactly the type of leadership required if we are to avoid the worst health risks of climate change and coal pollution.

You can read the full statement here, as well as on RANZCO, RANZCOG and RACGP's websites.

Some comments from the colleges include:

“RANZCO joins our medical colleagues calling for leadership from the Federal Government on decarbonising our society and building resilience to drought, fire, floods and heat stress, as a coordinated national response can effect meaningful change for healthier livelihoods in Australia,” Prof. Nitin Verma, President of the Royal Australian and New Zealand College of Ophthalmologists.

“The Royal Australian College of GPs recognises climate change as a public health emergency and GPs across Australia are already seeing the impacts, such as the tragic 2019-20 Black Summer bushfires which devastated many communities and had a lasting impact on peoples’ health and wellbeing. It’s vital that energy companies and all levels of government do everything they can to replace coal with renewable energy as soon as possible, we have no time to lose,” Adj. Prof. Karen Price, President of the Royal Australian College of GPs.

“We know that changes in our climate are increasing the likelihood and severity of natural disasters, directly impacting the mental health of individuals and communities. This highlights the urgent need for a set of comprehensive policy responses at the health service, network and government levels. Capacity development across mental health and the wider health system will be fundamental to addressing these challenges,” A/Prof. Vinay Lakra, President of the Royal Australian and New Zealand College of Psychiatrists

“Governments, institutions and individuals must take responsibility to address the reversible causes of climate change and introduce policies to reduce environmental degradation for the benefit of current and future generations,” Dr Benjamin Bopp, President of the Royal Australian and New Zealand College of Obstetricians and Gynaecologists.

The joint statement is also featured in Fairfax media, which can be viewed here. 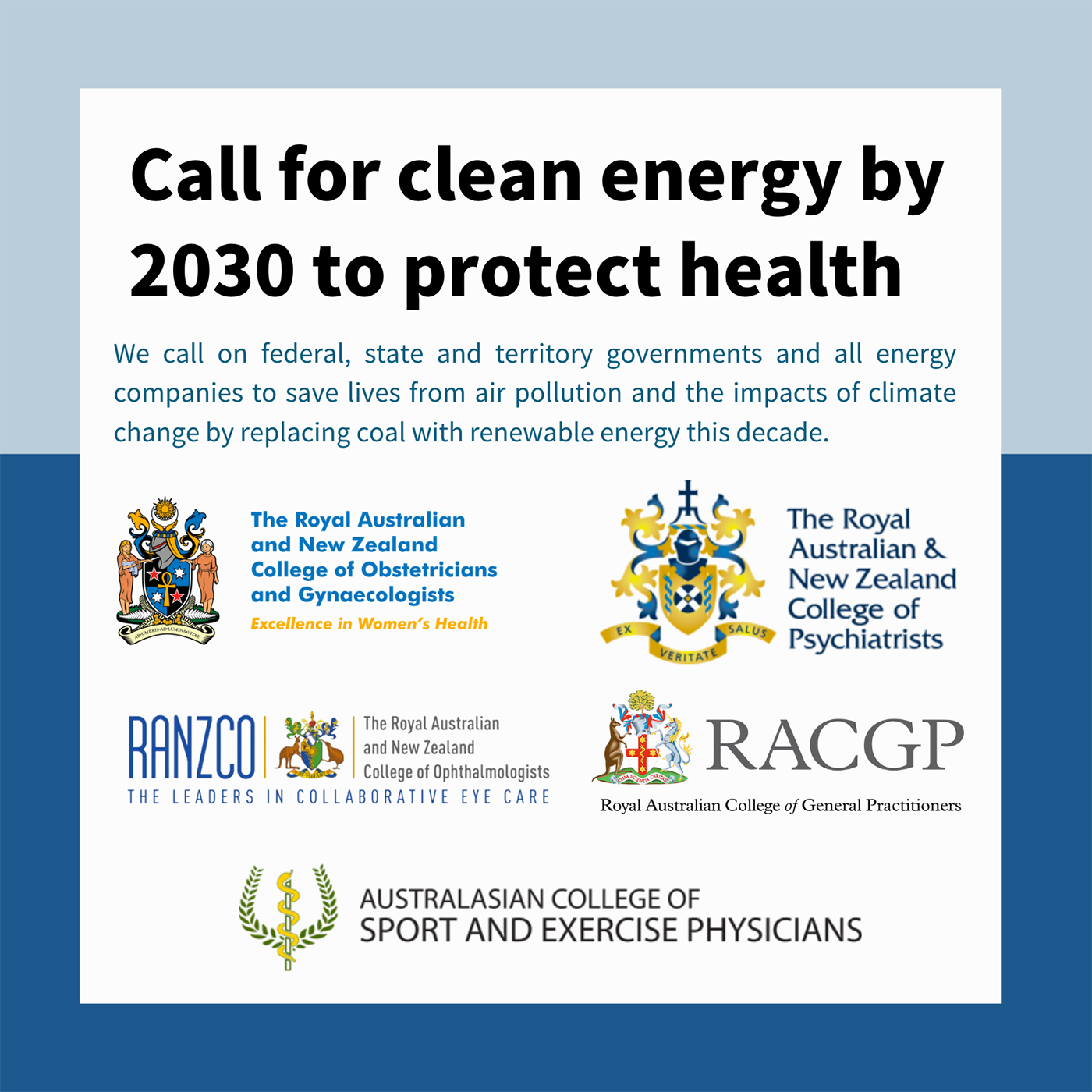