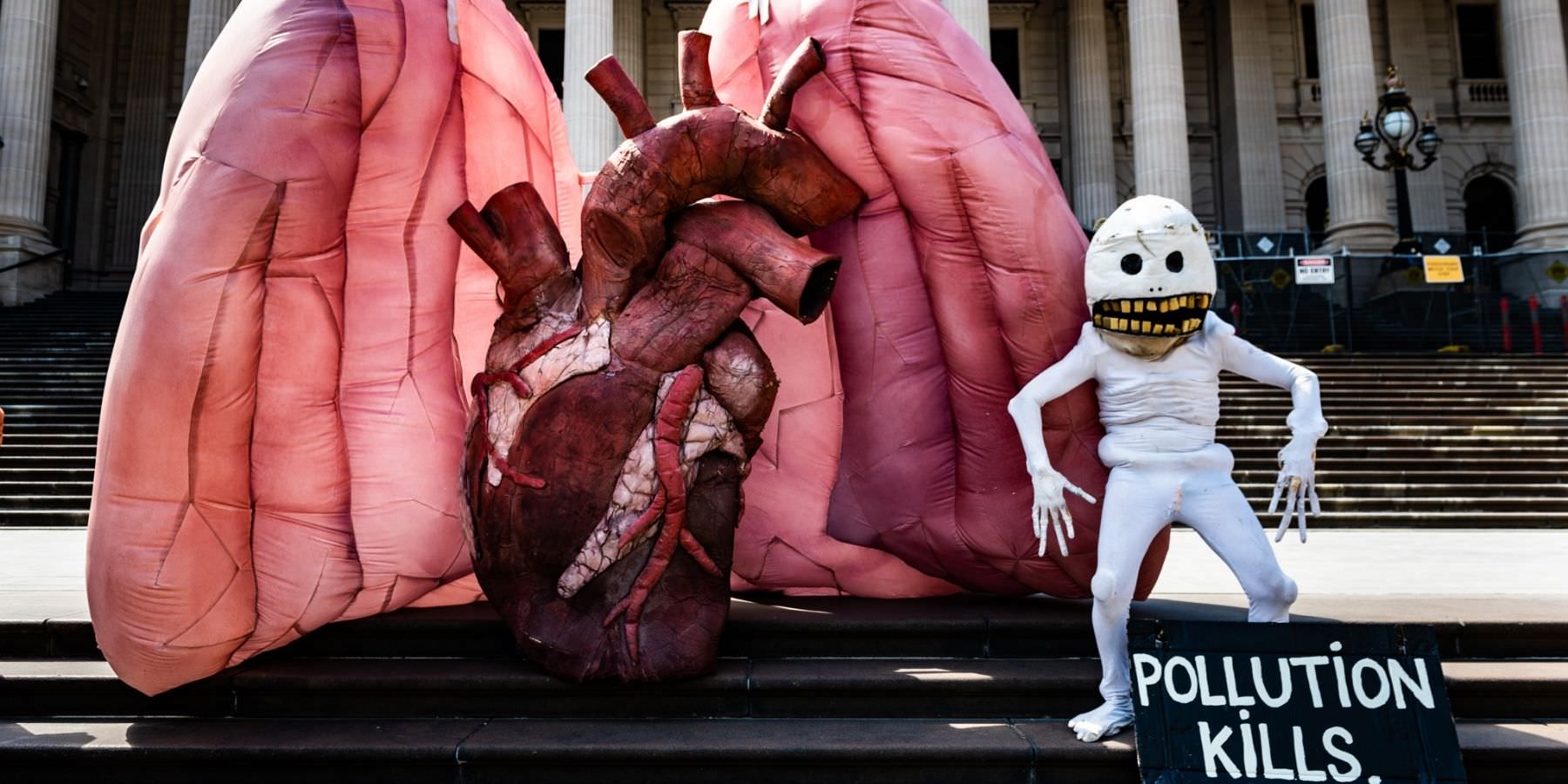 Health professionals meet with AGL in light of its failure to address the health
impacts of coal and climate change.

Health professionals met with AGL today after hundreds of healthcare workers, health
unions and organisations wrote to AGL in the lead up to their Investor Day, asking for AGL
to replace its coal plants with renewable energy projects by 2030 at the latest, to mitigate the
health impacts of coal combustion and climate change. So far this call for AGL to take
leadership has fallen on deaf ears.

On March 30th AGL announced a split between its cleaner and dirtier energy arms into “New
AGL” and “PrimeCo” - or, in essence, “GoodCo” and “BadCo”. “New AGL” touts carbon
neutrality, but as long as AGL holds “PrimeCo” it remains Australia’s biggest polluter. Simply
selling off PrimeCo, which seems to be AGL’s long game, would mean that coal fired power
stations continue to pollute and cause harm unabated, while AGL completely shirks their
responsibilities to the climate, their workers and coal communities.

Dr Bob Vickers who met with AGL today said their announcement has done nothing to
reduce the health impacts of air pollution and climate change. “Coal fired electricity kills
hundreds of Australians every year by creating toxic air pollution and it threatens the health
of many more by driving dangerous climate change. AGL should consider following the lead
of other international companies and commit to replacing all of its coal assets with
renewable energy urgently, rather than trying to palm off this responsibility.”

Alice Eggleston, a nurse working in coal affected communities in NSW says “We were
deeply disappointed after meeting with AGL management today. They gave no
commitments for toxic air pollution control from their coal fired power stations, were unsure if
the 898 million was still committed for rehabilitation of the Lidell and Bayswater sites in the
Hunter and had no clear direction for coal fired power station closure stating it would be up
to the new DirtyCo company to make those decisions.” AGL representatives said the
splitting of assets was to keep customers separate from their dirty fossil fuel assets. Alice
Eggleston said this restructure is a branding exercise that ignores the urgent need to reduce
the total climate impact of its assets to protect the health of Australians.”

Dr Kate Lardner from Healthy Futures, an organisation of healthcare workers and
community members who built support around the letter to AGL, said a demerger would not
be compatible with a safe climate. “Climate change will continue to impact the physical and
mental health of Australians by increasing the frequency and severity of bushfires, droughts
and heatwaves, as well as increasing risk of allergic and infectious diseases. In order to
protect the health of Australians AGL must publicly commit to an energy transition before it is
too late.”

“By demerging AGL would shirk its responsibility to manage the shutdown and rehabilitation
of its ageing coal fired power stations. AGL would simply be leaving workers and
communities stranded in an attempt to save its own brand and avoid criticism of its poor
environmental performance.”