On March 22nd we visited AGL’s office in Melbourne to deliver an open letter from over 200 healthcare workers and 13 health organisations calling on AGL to replace their coal fired power stations with renewable energy by 2030. We were refused entry to the building by police, and footage of this was aired on 9 News that evening. AGL, embarrassed, then contacted us to apologise and ask us for a meeting.

At the end of March AGL announced a plan to split their company into a “clean half”, and a “dirty half”, which will continue to manage all their coal fired power stations with no plan to bring forward their closure. The announcement received widespread criticism and we released a video to call them out on it. When we met with AGL they refused to talk about replacing their coal assets with renewables, saying that whatever happens after the company split will be out of their hands! 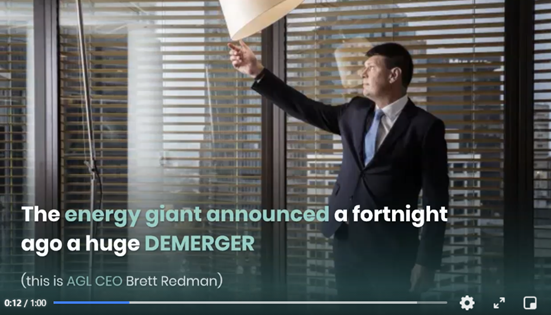 But then just two weeks ago AGL’s CEO Brett Redman announced a shock resignation, casting doubt on AGL’s own confidence and commitment to their company split plan.

With their own CEO jumping ship, AGL is more vulnerable than ever to external influence. That’s why we’ve decided to continue collecting signatures from healthcare workers, health science students and health organisations for our letter to AGL calling on them to replace coal with renewables by 2030. If you work in or study healthcare and haven’t signed already please sign our letter here and encourage your colleagues to do the same.

If you don’t work in or study health care, please consider emailing AGL using this tool created by Greenpeace instead.

Meanwhile in the Latrobe Valley, Victoria, we are having conversations with health organisations and community groups about what it would take to plan a fair and healthy transition away from coal, while around Lake Macquarie in NSW we’re collaborating on a survey of local attitudes towards coal and its health impacts.